Almost Not Buying a Panama Hat in Ecuador.

As any fool knows, Panama hats do not come from Panama; they are made in Ecuador.  Travelling to Ecuador, I was bound to buy a Panama hat.  They are not called Panama hats either; the proper name is sombreros de paja torquilla.  They are plaited by hand from leaves of the toquilla or jipijapa palm.  The wonderful art of weaving the traditional Ecuadorian toquilla hat is a designated UNESCO Intangible Cultural Heritage. 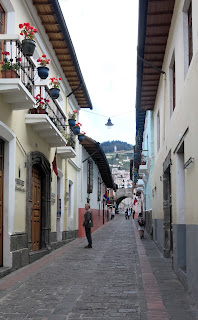 Armed with this knowledge I ducked into Señor Luis López Cifuentes's tiny shop on the Callé Morales in Quito.  Immediately my plan went wrong.  There in front of me at the top of a stand of hats was the finest Panama hat I had ever seen.  It was shaped somewhere between a fedora and a bowler - very stylish.  It was of the palest honey colour.  The weave was finer than any I had seen.  It looked and felt like the most exquisite linen.  This was the hat for me.  The man who broke the bank at Monte Carlo would have worn a hat like this.  What a dash I would cut in such a hat


Senor Cifuentes looked on with a wry smile.  He had seen it all before.  I lifted the hat to try it on and the label fell into my hand.  I saw, as I knew I would that it was a genuine Montecristi Superfino. Then I saw the price: $2,000 (about £1,500).


'Made by hand.  It took six months,' explained Senor Cifuentes.


I looked down the rack, the hats were still beautiful but they became less fine as the price came down.  Senor Cifuentes explained that my hat, as I had already begun to think of it, was a 62 grade.  There is no standard grading system but 62 grade means that there are about 25-30 threads each way in a single inch.  Someone's dedicated and skilled fingers had woven each strand.


I could not imagine myself buying any lesser hat.


'That is not the finest hat there is, Sir,' said the ever-attentive Senor Cifuentes.


I left the shop sadly, knowing that I would never own such a hat and could not bear the thought of a coarser one.


My wife tried to comfort me.


'You wouldn't be able to keep it clean and perfect,' she said.


I pointed out that if I were the sort of man who could afford such a hat, my valet would know how to look after it.


For the next week or so, I looked despondently at other sombreros.  It was not until we reached Guayaquil that I relented and bought a perfectly good Panama at a saving of $1,950.  I look quite good in it, even though I say so myself. 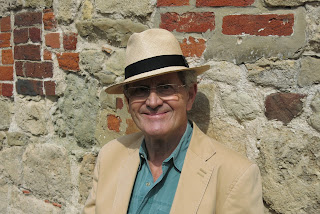