To Be An Engine Driver 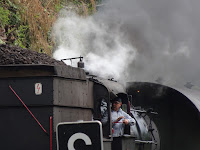 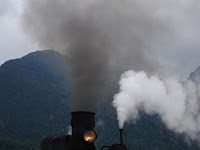 The weekly steam-hauled train that runs from Jesenice to Nova Gorica on ’s border with is headed by the sort of steam locomotive that any child will draw for you.


It is huge and black and powerful with lights, a steam whistle and moving parts that snort and sigh. She is an old lady — a century old. She sets off confidently with a long whistle, the hiss of steam and the breathy wheeze of an elderly runner. Thick black smoke and white steam are forced from her funnel sending out the wet coal smell of a proper steam engine. The squeal of steel on steel as all this effort converts into motion tells us we are on our way


It is a long journey and on the way back the ancient locomotive shows her age. We stop for half an hour at Bohinjska Bistrica. She will go no further until properly cared for. The drivers sit on the rail smoking and mopping sooty brows with oily rags while serious engineers with spanners and tapping hammers perform esoteric rituals on the wheels and cranks. 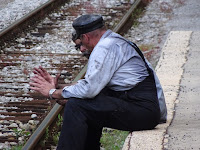 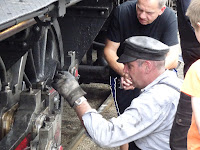 A man has brought three small boys — his grandsons perhaps – to the station to see the steam train. Silently, at eye level with the great steel driving wheels, they gaze and point at the hissing pistons and connecting rods, transfixed by this breathing beast. They are too young to understand how it works but they cannot tear their eyes away.


This fascination with glorious machines is universal. It was a privilege to be there at the very moment in their lives that the idea formed in their minds, “When I grow up, I’m going to be an engine driver.” 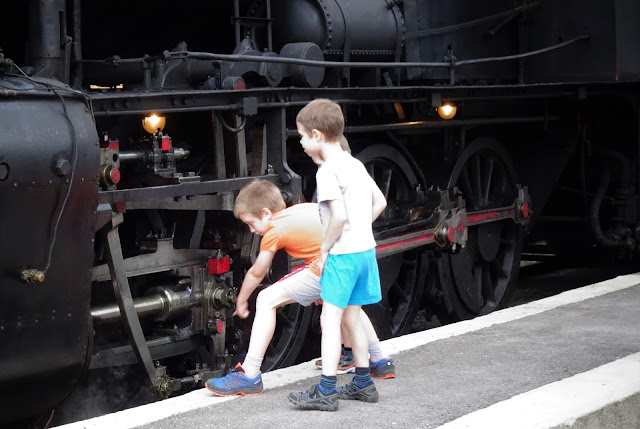 I travelled to with the excellent PTG https://www.ptg.co.uk/
Posted by David Higham at 02:20