Riding a Renegade Tram in Rotterdam

Judy Garland’s Trolley Song has been an earworm since my tram ride round .  The Trolley Song

’s is just by the Kootskade tram stop on the No. 4 or 8 lines. As I walked into this old tram shed, I smelled the warm aroma of lubricating oil.  It was good and I inhaled.  Enthusiastic volunteers run the Museum and care for its many trams.  There are plenty of trams of all ages to climb in and out of.  Two volunteers looked after our small group.  They disappeared for a few minutes and returned splendidly dressed in proper tram driver and conductor uniforms. 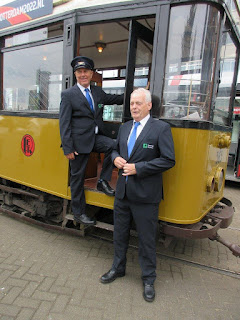 We boarded a 90-year-old tramcar.  'Ding, ding, ding,' went the bell.  The tram clanged and, with a screech of steel wheel on steel rail, we sped out of the shed onto a side street.  In a hundred yards we stopped, with a bump of the brakes, at a junction with ’s main tram system.  Having checked, the way was clear we accelerated onto the main track and headed towards the centre of .

Our driver had told us that he had had a year of training to qualify.  He and we now had the run of the city’s tramlines; he took us wherever he wanted.  All he had to do was to avoid disturbing the routine trams.  We stopped for a photo shoot but, suddenly, he hurried us back aboard, “There’s a No. 24 coming up behind us!”

Indeed there was. We sped away. 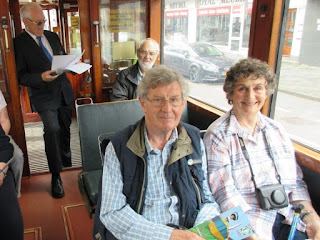 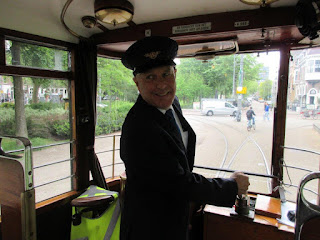 On some of the outer reaches of the system, we did U-turns on loops at the end of lines, where our conductor had to get out and change points. 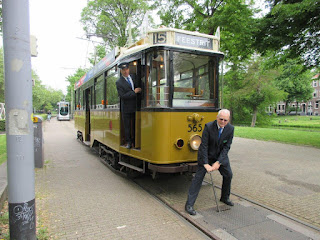 For about 90 minutes, we enjoyed a swaying, squealing, clanging tour of the fine city of . 'Zing, zing, zing' went my heartstrings. 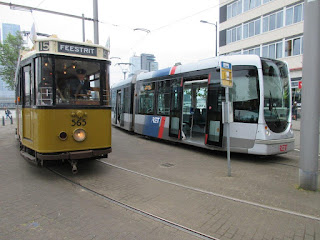 The has limited opening hours.  Vintage tram rides are by charter or a hop-on-off from May to October Thursday to Sunday only.

I travelled with the excellent PTG Tours PTG Tours