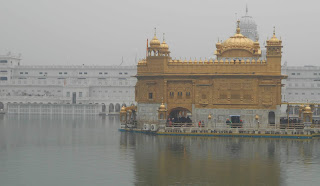 I went down like a struck skittle. The at is a wonderful and fascinating place; don’t let my story put you off.


In the rain, its shiny marble floors are slippery. One step off the mats, my feet went out from under me and I was down on my left side and in pain. 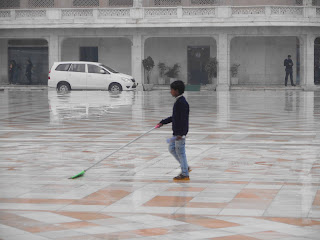 I sat for a few minutes until I reckoned my hip was not broken - always a danger at my age. A thought kept going through my mind, ‘Poor old chap, he was never the same after that fall of his.’


I decided to find a place to sit out the rest of the tour.  The place I chose was among a group of people who had fallen on hard times.  I was the object of some curiosity in this group and soon made friends.  Immediately to my right was a man, whose name was Chooky, which sounded unlikely. Chooky had little to say but, for the next forty minutes, gazed intently at me from a range of about eighteen inches.


To my left was Amar. Do you know Amar? His people farm just north of . Amar and I quickly became good friends. He had worked, as had I, in and .  He had earned good money there in construction.  We soon got chatting about these great cities’


And so our repartee continued for about ten minutes until we both felt that we were beginning to run out of things to say to each other.


Just then, a tourist walked past and stopped to talk to us. He was a Sikh from where he was in finance. In his casual wear, he had obviously done well for himself. I introduced him to Chooky but they did not seem to have a lot in common.  Neither Amar nor I knew whether could be described as good though we had heard excellent reports.


Our visitor moved on.


Amar and I parted company, the best of friends. Chooky looked thoughtful


I should add that I soon recovered from my fall. 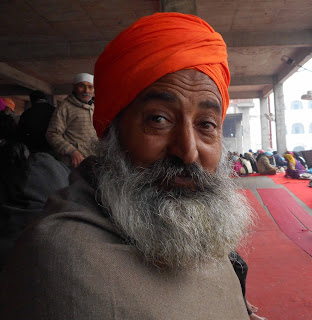